The tradition of bay’ah can be traced back to the era of Prophet Muhammad (PBUT). From the beginning bay’ah was taken by Prophet Muhammad (PBUT) as an oath of allegiance. Anybody who wanted to enter Islam did so by reciting the basic statement of the faith expressing his faith in the oneness of God and the prophet-hood of Muhammad (PBUT). In addition to this the prophet formally took bay’ah from the people and tribes. Through this formal act they entered the Islamic community and showed their willingness to follow and obey Muhammad (PBUT). The wordings of the oath differ in different traditions but it contains the shahada and prayers of repentance.

It is reported that at the occasion of annual gatherings outside Mecca, Muhammad (PBUT) met people from Yathrib, later to be renamed Medina, who accepted his call towards Islam. At this occasion the prophet took bai’ah from them.
After the Pledge of the Tree, which led to the Treaty of Hudaybiyyah, the following was revealed in the Qur’an commemorating and appreciating the pledge and those who made it:

“Certainly Allah was well pleased with the believers when they swore allegiance to you under the tree, and He knew what was in their hearts, so He sent down tranquility on them and rewarded them with a near victory”
— Sura Al-Fath, Ayah 18, Quran 48:18

Bay’ah of women
Prophet Muhammad (Peace be upon them) took an oath of allegiance from the women of Mecca after its conquest in the year 7 AH. The Qur’an mentions the text of the bayah of women in the 60th Sura. The oath is given as:
“O Prophet! When believing women come to thee to take the oath of fealty to thee, that they will not associate in worship any other thing whatever with Allah, that they will not steal, that they will not commit adultery (or fornication), that they will not kill their children, that they will not utter slander, intentionally forging falsehood, and that they will not disobey thee in any just matter,- then do thou receive their fealty, and pray to Allah for the forgiveness (of their sins): for Allah is Oft-Forgiving, Most Merciful”.

The meaning of Bay’at or pledging spiritual allegiance is to be totally sold, which means to surrender yourself totally to a Spiritual Master (Murshid) to guide you to Allah.

Bay’at should be done on the hands of that person who possesses the following e attributes or else Bay’at will not be permissible. These are:

1. First and foremost, he must be a Sunni Muslim holding correct Islamic beliefs.
2. He should at least have that amount of knowledge which will enable him, without the assistance of anyone, to extract questions relating to Islamic Jurisprudence from Islamic books.
3. His Silsila (Chain of Spiritual Order) must be directly linked to the Holy Prophet (SallAllahu Alaihi wa Sallam) without a break in the sequence.
4. He must not be a Fasiq-e-Mo’lin (One who openly commits transgression and sin).

There are two types of Bay’at:

(A) BAY’AT-E-BARAKAH
This is to initiate one’s self for the mere Barakah (Blessing) of joining a Silsila and this is the general idea or reason of today’s Bay’ats. This should, at least, be done with a good intention. If Bay’at is taken for mere worldly gain or any reason other than spiritual upliftment, then such Bay’at is Batil (null and void). For Bay’at-e-Barakah it is sufficient if the Shaykh you take Bay’at from is Shaykh-e-Ittisal, which means that his Silsila is linked to the King of the Prophets, Sayyiduna Muhammad SallAllaho Alaihi wa Sallam without a break in sequence and that the Shaykh possesses the four mentioned pre-requisites mentioned.

A’la Hazrat (Radi ALLAHu’ Ta’ala Anho) states: “The above Bay’at is not useless, but beneficial, in fact, very beneficial and profitable in Deen and Dunya. At least, his name would be recorded in the books of the Beloved of Allah (Mehbooban-e-Khuda). By just having a link with a spiritual order (Silsila) is by itself a great fortune and blessing of which three are mentioned below:

1. Emulation or imitation of the elite and Beloved ones of Allah (Khasan-e-Khuda) in the field of Tariqah or Sufism. Rasoolullah (SallAllahu Alaihi wa Sallam) said:
“One who imitates a nation is among them”.

2. A divine link is connected with the Awliya and Sualihin. Rasoolullah (SallAllahu Alaihi wa Sallam) says that His Rabb, the All Powerful and Almighty Allah says.
“There are those people who, by merely sitting with them, one will never become a Kafir”. (This refers to the Awliya)

3. The Beloved of Allah are Ayat Rahmah (Signs of Mercy). They take into their fold of mercy all those who remember and honour them and also focus their beams of mercy on them. Someone asked the King of the Awliya, Sayyiduna Ghousul Azam (Radi ALLAHu’ Ta’ala Anho):
“If any person takes your name in respect and honour though he may not be your Murid or not initiated by you personally, would he be counted as your Murid?”

The great Ghawth replied:
“Allah will accept those who have any form of relation or connection with me and notes his name in my spiritual office. If such a person adopts any desired path, Allah will bless him with guidance and repentance. He will be under my spiritual banner. Verily, my Rabb, the All Powerful and Almighty, has promised me that all my Murids, all those who love me and all those who follow the path I am on, will enter Jannah (Paradise)”.

(B) BAY’AT-E-IRADAH
This means to totally abolish ones desires and intentions and surrender on’s self at the hands of a true Guide or Spiritual Master who has entered the Kingdom of the Heavens. You have totally empower him as your commander and ruler. You have to sincerely obey and execute all his orders and methods entrusted on you by him concerning the path to the spiritual domain. Never take a step without his consent even though some laws and orders may not suit you or make sense to you. Remember the example of Khidr (Alaihis Salam) when Sayyiduna Moosa (alaihis salam) met him and they both travelled together. The Murshid’s commands may cause great discomfort to you and at such moments the Murid must regard this as the interference of the Cursed Shaitan. Your every hardship and difficulty must be presented to him. In conclusion, the Murid must totally hand himself over to the Shaykh like a corpse in the hands of a person performing Ghusal. This is known as Bay’at-e-Salikin. Such Bay’at is regarded as being the aim and object of the grand Spiritual Masters. Such Bay’at leads one to Allah the Almighty. It was Bay’at-e-Salikin that was taken by the Ashabs at the hands of the Holy Prophet (SallAllahu Alaihi wa Sallam).
Sayyiduna Obadah bin Samat (Radi ALLAHu’ Ta’ala Anho) states:
“We had taken Bay’at (at the hands of Rasoolullah SallAllahu Alaihi wa Sallam) on the following principles:
We will await his command and execute it in times of every ease and difficulty, every form of ecstasy or displeasure. And when the Master commands us we will never disobey or cross question him”.

The command of the Murshid is the command of Rasoolullah (SallAllahu Alaihi wa Sallam) and his command is the Command of Allah, the All Powerful, Who nobody dares disobey. Allah states in the Holy Quran:
“And it is not appropriate for faithful men and women; when and His Messenger have judged a matter, to consider it a matter of choice for themselves; and one who does not accept the judgement of and His Messenger has indeed clearly entered darkness.” [Sura Ahzab: 36]

In “Awariful Ma’arif” Shaykh Shahab al-Din Suhrawardi Radi ALLAHu Ta’ala Anho sates:
“To be under the command of the Shaykh is to be under the Command of Allah and His Rasool SallAllaho Alaihi wa Sallam and is the revival of a Sunnah – Bay’at. This is only applicable on those persons who imprison themselves in the hands of the Shaykh, discard all desires and dissolve themselves in the Shaykh (Fana-fish-Shaykh)”.

Shaykh Suhrawardi Radi ALLAHu Ta’ala Anho also states:
“Abstain from criticizing the Shaykh for it is a deadly poison for the Murid. It is extremely rare for a Murid who criticise his Shaykh to find serenity and success. In any action of the Shaykh which does not seem correct to the Murid, he should remember the events of Sayyiduna Khidar. This is because the actions performed by Sayyiduna Khidar Alaihis Salam were apparently questionable (e.g. making a hole in the boat of the poor and killing an innocent child), but when the reasons for these actions were explained then it became obvious that the Shaykh should not be questioned”.

RECTIFICATION TO A MISCONCEPTION:
It has become a misconception today, that only Sayyids (descendants of the Beloved Prophet SallAllahu Alaihi wa Sallam) are allowed to be Peers. They are the only ones who have the right of making mureeds. Sadly, amongst those who spread such propaganda, are mostly those who themselves are not Sayyid and only claim to be Sayyid, so that they may broaden their horizons. True Love and respect for the Sayyid is the recognition of the people of Imaan. Very deprived and unfortunate are those who have no love for the family of the Prophet (SallAllahu Alaihi wa Sallam). But it must be noted, that it is not necessary to be Sayyid to be a Peer. The Holy Quran says,
“The exalted and respected in the Court of Allah are those amongst you that are pious and Allah Fearing.”

THE EXCELLENCE OF RECITING ONE’S SAJRAH
There are many virtues in reciting one’s Sajrah of which a few are mentioned below:
1. Memorising the chain of Awliya up to Rasoolullah SallAllahu Alaihi wa Sallam.
2. The Zikr and Remembrance of Swalihin (Awliya) is the means of receiving Allah’s Rahmah (Mercy)
3. Performing the Esal-e-Sawab for all the Spiritual Masters which is a cause of receiving their spiritual guidance.
4. When the Murid remembers them in times of ease the Awliya of the Silsila will remember him in times of hardship and will also be of assistance to him

For more quranic proof on Bay’at please follow link below: 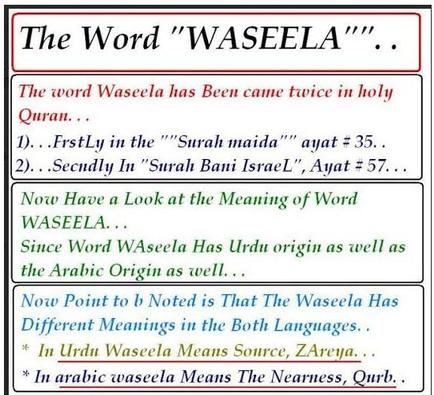